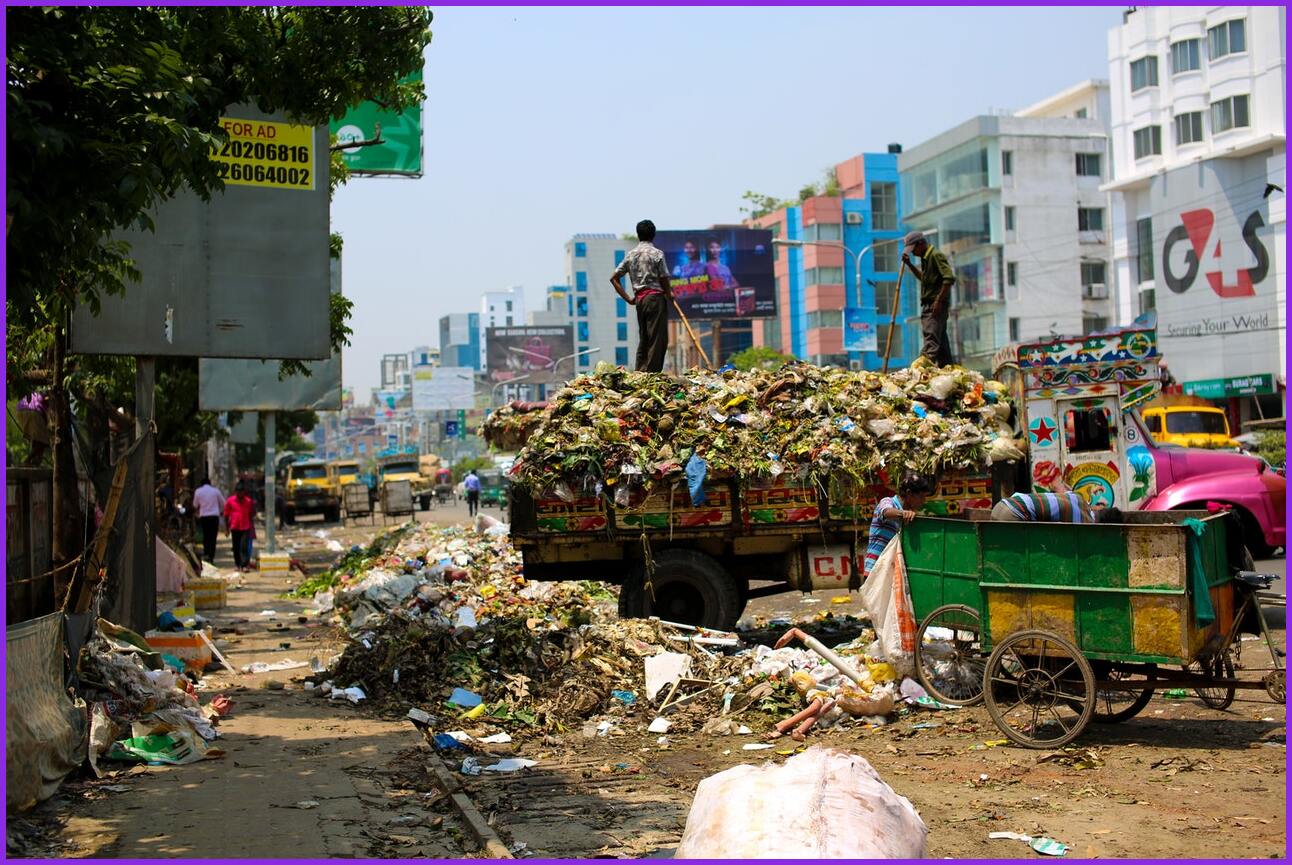 Dhaka city is a city of water pollution and air pollution. Dhaka city is in the most risky position in terms of air pollution. Dhaka’s culverts and rivers are full of waste. The past mayors of Dhaka city have taken various initiatives. In some cases far-reaching results have been found. In many cases they have failed to manage their activities. Despite goodwill at different times due to various pressures from different political circles and indifference of the people concerned, they have not been able to conduct their activities properly.

Dhaka South City Corporation has taken steps to remove waste from Panthapath in the capital and is conducting activities accordingly. They have already been able to remove 94 tons of waste material. The capital’s thoroughfares were once filled with garbage. Attempts are now being made to get the waste out of there and to gift a pollution-free Dhaka city. If Dhaka South City Corporation continues its activities in this way, then we will get the gift of a water pollution free city.
This waste is being removed to ensure that water flow is maintained in all the culverts in Dhaka. Most of the roads in Dhaka city are often flooded due to light rain. Waterlogging occurs. The main cause of this waterlogging is waste material. Reservoirs are always full as they are bound by waste material. Then there is no proper flow of water.

And due to non-flow of water, we see waterlogging in Dhaka city with little rain. Dhaka South City Corporation is trying to restore water flow in Shampur, Jirani and Kalunagar canals. They have been applauded for their initiative and asked to continue such activities. If all the culverts in Dhaka city can be cleaned and the flow of water can be restored, then we will get the gift of a beautiful water-free Dhaka city. The Dhaka South City Corporation has started work with 80 workers to dispose of these wastes and will continue to do so.

Waste material obstructs the flow of water. This is due to the waste products of various factories and the unawareness of the people. Waste material is causing waterlogging. Factories that are closing drains with waste materials should be brought under the law. There should be proper arrangements in the field of waste disposal. People need to be aware of this and ensure that they do not dump waste in specific dustbins.

Such an initiative should be taken in all city corporations of Bangladesh like Dhaka South City Corporation. Then the city corporation will be a waste free substance and such activities will have to be continued. Many times these wastes are added to the river water and people get infected with various diseases by using them.

Instead of irrigation water, river water is used which poisons all the vegetables and fruits grown with water and is extremely harmful to human beings. This water pollution is increasing the amount of infectious diseases in humans. Waste should not be dumped in water and others should be discouraged from dumping waste in water.

Public awareness can greatly reduce water pollution. Human health risks are greatly increased. People on the banks of these rivers are constantly facing health risks due to their use of river water instead of irrigation water. The sale of all fruits and vegetables in the market has resulted in various health risks to others. They are suffering from various diseases. In addition to public awareness, the city corporation should regularly monitor the disposal of these wastes.
They need to be disposed of in a suitable place. If the city corporation neglects its duty, it will not only cause waterlogging, but also various diseases of the people – which cannot bring welfare to the people of the country. Everyone should be made aware, leaflets should be distributed.

Someone should be called for dumping waste in a suitable place without throwing waste in the water, miking should be done if necessary. We will be aware of ourselves and make others aware of this. Then I can dream of getting a beautiful livable city.