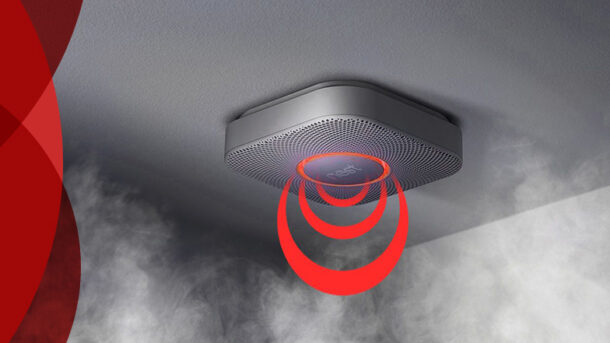 In an era like this where smart technology dominates the world, even the domestic market, it was only a matter of time that we would be seeing the introduction and a rise in the use of smart home gadgets. Although there are so many of them that are becoming commonly used, smart smoke detectors just like ordinary ones often get looked over.

However, having a smart smoke detector will probably be the best investment you can make for home safety purposes, and knowing where to put smoke detectors can help the case more. Read below on why you should get these instead. 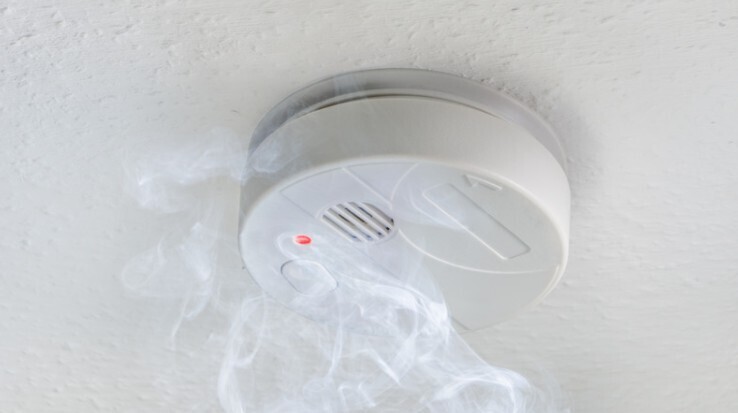 Why Get a Smart Smoke Detector

One of the biggest advantages of having smart smoke detectors in your home is that, not only can they be controlled remotely via their respective mobile applications and certain compatible voice assistants, but these devices can alert you in real-time whenever they detect any smoke or traces of poisonous gases like carbon monoxide.

Know Exactly Where the Problem Is

Smart smoke detectors can point out exactly where any smoke, gas leak or potential danger has been detected, alerting you through instant mobile alerts and if you were to have the Google Nest Protect installed, then receive voice alerts too. This lets the user know where the danger is in order to deal with it in time or evacuate anybody if necessary. 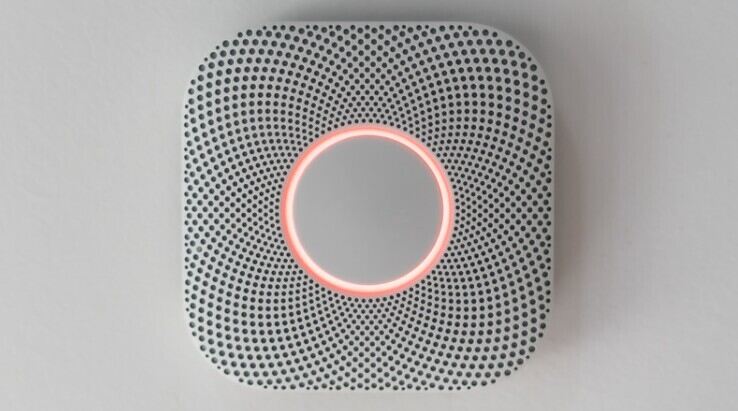 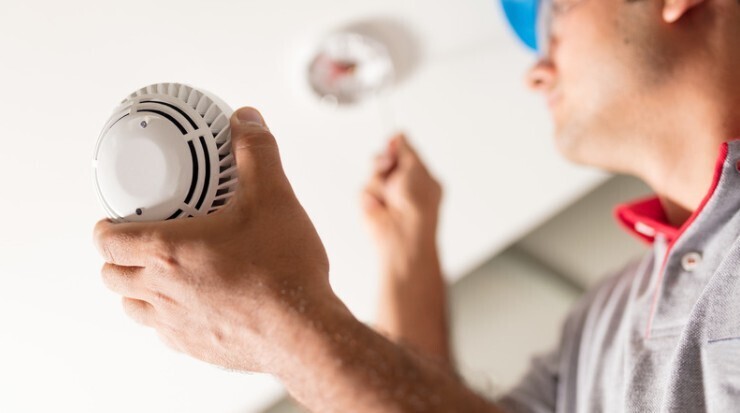 Easy To Turn Off False Alarms

False alarms can easily be triggered which is why people usually remove the batteries of their smoke detectors ‘temporarily’, but almost always forget to put them back in. The same way people forget to change the batteries altogether as well.

This habit is dangerous since most household fires are because of non-operational smoke detectors.  However, with a smart smoke detector, false alarms can easily be shut off instantly through their mobile applications or voice-enabled command if synced to a voice assistant. 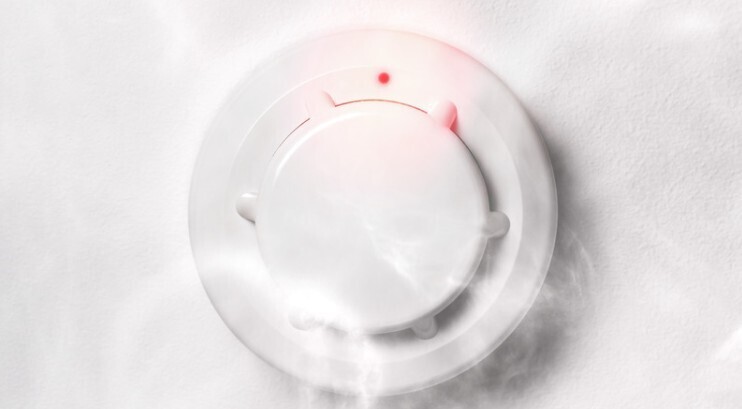 When it comes to ordinary smoke detectors, their range of detection is usually very limited which is why people place them in places where they shouldn’t –that can even trigger false alarms. Smart smoke detectors on the other hand, cover a wider area for a more efficient method of detection.

Smart Smoke Detectors are not only good for detecting smoldering to fast-burning fires, but they can also detect carbon monoxide leaks in your home. Carbon monoxide is an odorless and colorless gas, and can go unnoticed with ordinary smoke detectors unless you have a separate CO detector installed at home. 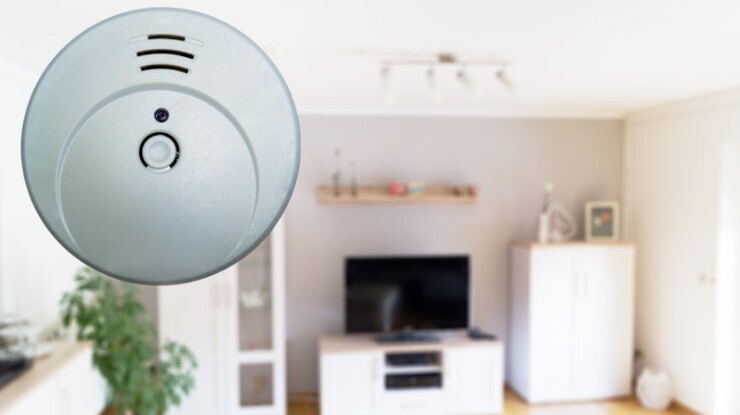 Where Should You Install Smoke Detectors?

The National Fire Protection Association lists down certain guidelines for American citizens to follow, when it comes to installing smoke detectors around the house. For starters, the NFPA suggests that there should be smoke detectors in every bedroom – any sleeping areas to be exact, even if it is the living room where anybody can use the couch to nap on. 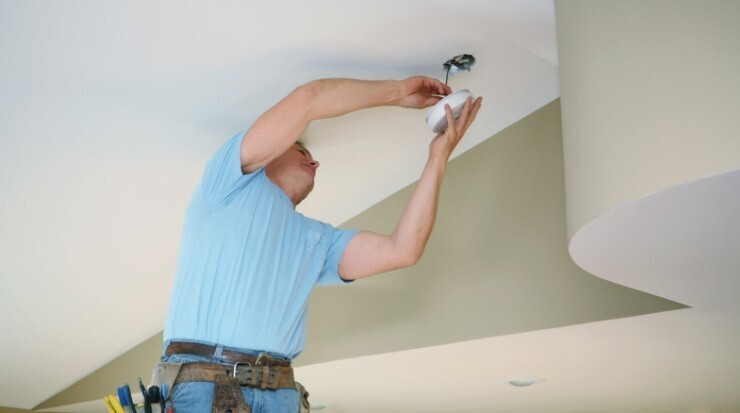 Apart from the obvious spaces like bedrooms and sleeping areas, there should be at least one smoke detector on every level if your house is a multi-story home – that also includes the basement if there is any. There should be a smoke detector installed on stairways too. Kitchens are usually where false alarms are triggered, but according to the NFPA smoke detectors should be placed approximately 10 feet away from cooking appliances such as stoves and ovens precisely to avoid these problems. 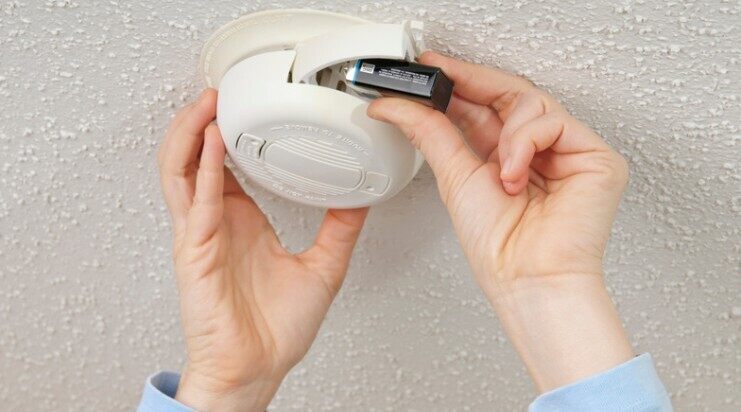 You would normally expect to find a smoke detector installed onto the ceilings of a home, which is the standard in pretty much every house that you would walk into. But if smoke detectors cannot be placed onto ceilings then it is said to place them higher up on walls close to the ceiling; ideally around 12 inches from the ceiling, and if it is an arched one, then about 3 to 4 feet away from the peak. 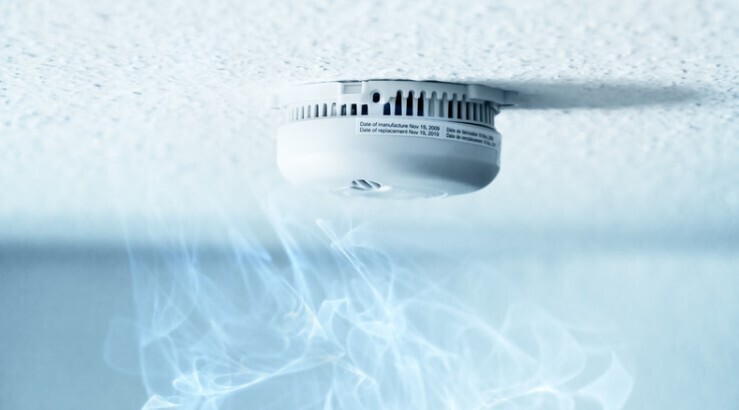 One thing that you should keep in mind is never to install a smoke detector a near window or a door because drafts can cause some interruptions with their operation. 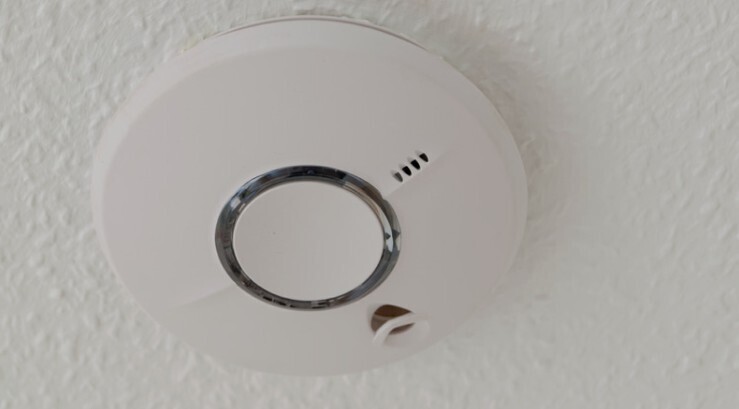